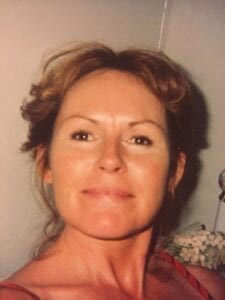 Writing these uncommon stories has been on my agenda for years.  So finally, at long last, the time has come.  The first is prompted by the story of my dear friend Kelly who died a few months ago.  She is no longer here with me, but I am hopeful that her story of healing will live on in others.

Kelly and I initially met through a mutual friend who recommended her to me as help for cleaning my house.  I found that Kelly always worked hard and was very efficient and thorough.  As the next 15 years flew by, the two of us became quite good friends. In the beginning, Kelly rarely shared anything about her childhood other than it had been very difficult.  Her mother hadn’t wanted her and her father wasn’t in the picture.  She had been “adopted” into the family of her mother’s sibling but rarely felt safe.  Later in our friendship, Kelly admitted that her early years were frightening and full of abusive.  At the time, she said her life seemed to be a nightmare from which she just wanted to escape.

At 15, she became pregnant and gladly left home to get married.  But the nightmare continued as her new husband began both verbally and physically assaulting her. Kelly had a baby boy and stayed in the marriage long enough to have a little girl a few years later.  After all that time, she finally found the courage to leave her husband and live on her own with her two children.

Kelly worked two jobs and had to depend on others to help raise her kids.  As her son Marty grew up, he began experimenting with drugs and eventually became addicted to meth.  In 2007 he was shot and killed.  Her daughter had become involved in an abusive relationship and Kelly had taken one of her grandchildren to avoid foster care.  At this point, there was so much pain and suffering in her life that it seemed overwhelming.

Still, over the years I had seen a distinct softening, a change in her heart and the way she looked at herself and others.  The hard exterior created by the abuse had begun to melt away.  We had long conversations about life, kids and forgiveness.  We talked about God’s existence and what He was really like.  As those questions were answered for Kelly, she found freedom from her pain and a stability she had never had.  But in 2015 she was diagnosed with lung cancer and once again her world was shaken.

Kelly had remarried a few years before this, and when she discovered she had cancer, her husband divorced her and left her with nothing.  Despite all the hardships and difficulties, she remained one of the most positive people at the cancer center.  Her kindness to the nurses, doctors, lab technicians and staff was heartwarming.  She started calling me “Sis” and introduced me to everyone as her sister.  I called her “Sis” in return.

The chemo treatments were miserable but kept the cancer from spreading for about a year.  After that, cancer began to win.  Lying in the hospital bed one evening, we started talking.  Kelly asked me to promise her one thing – that I would be there with her when she died.  She said she was afraid and didn’t want to be alone.  My response was that I would try but couldn’t promise.  “Besides,” I told her,  “I’m praying that you are going to get better, and that you will be healed.”  She looked me in the eyes and in a soft voice said, “Oh Sis…. I’ve already been healed.”

In that moment, we both knew exactly what she meant.  All the tragedies and pain and sorrow in her life had been reconciled.  They didn’t define her.  There was beauty where the old darkness had been.  All the different parts of her life had found meaning and instead of her story ending in bitterness and anger, her story was ending with joy and happiness.  Several days before she died, she called me to her side and whispered, “It’s ok if you’re not here when I die.  God is here with me and I know now that I am never alone.  I am not afraid anymore.”

Sis died in August.  August 11th to be exact.  My world is a little sadder – but heaven is a little brighter.

For all the great pictures for Kelly’s Story, head over to the Picture Page!

» It Just Takes One